What is gene therapy?

Gene therapy is a disruptive technology that could change the paradigm to treat a disease if it is proven effective.

Up to now, when scientists discovered a new gene potentially involved in the advent of a disease subsequent research mainly evolved around potential development of new products that targeted this new gene as well as associated interacting proteins and biochemical pathways. Nonetheless the future may bring along new approaches as science and technology advance.

Gene therapy is a technique to transfer genetic material targeting specific cells to repair, replace or inactivate malfunctioning genes that produce either defective proteins or no proteins at all in order to prevent or treat a disease. To transfer a gene, it is necessary to make use of a vector that is generally a genetically engineered virus prepared to cause no harm to the patient. The vector is injected or given intravenously, though in variant techniques a sample from the patient’s tissue can be extracted and exposed to the vector to be returned to the patient afterwards. The viruses infect targeted cells transferring the modified genetic material that will ultimately cause the desired therapeutic effect.

However not everything is as easy as it looks. Gene therapy conveys high health risks and at the moment it is only considered for those diseases that have no cure and whose genes are properly identified. The main barrier to manipulate genes is based on the fact that genes may control many biochemical pathways directly and indirectly, what is known as pleiotropic proteins. These genes often influence in the advent of other potential diseases and / or side effects in the same individual at the same time.

Since 1999 some attempts to use gene therapy have been tried with partial success. In one study conducted by a team of French researchers, eleven children suffering from serious immunodeficiency were treated with limited success, but two of them developed leukemia due to the vector used to transfer the genetic material. Other cases together with opinionated experts have also questioned gene therapy viability.

More recently CRISPR technology, an innovative genetic editing system, has raised great expectations once more. Nevertheless, according to Stanford University, patients receiving this treatment often develop antibodies against Cas9, an enzyme used in this new technology that cuts DNA fragments precisely. According to experts in this field, it is possible, however, to find workarounds such as different nucleases that do not prompt the autoimmune reaction so strongly and / or administration of immunosuppressants.

Yet, the autoimmune system is not the only problem to be overcome when dealing with gene therapy and this technique. Further studies seem to show that there is also a risk of developing tumors due to a defective P53 gene. This gene codes for a protein that protects DNA from damaging changes, thus preventing potential tumors and other unwelcome effects. So, when P53 gene does not work properly DNA modification and desired therapeutic effect are easier, but they are also riskier. Some researchers believe that cell culture in a lab could be a solution to this problem, testing those genetically modified cells that have kept a functional P53 gene in a sort of quality control before reimplantation. In conclusion the use of this technique is still far from being implemented soon, and experts believe that it will probably be carried out in a very different way. Targeting RNA instead of DNA could also be another way to overcome DNA-related technical problems. 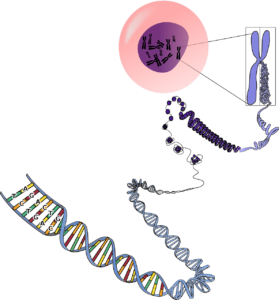 Gene therapy products are considered “biological products”. In the United States, this type of product is regulated by the FDA’s Center for Biologics Evaluation and Research (CBER). Clinical studies in humans require the submission of an investigational new drug application (IND) before clinical trials are conducted in the United States. Marketing a gene therapy product requires submission and approval of a “biologics license application” (BLA).

A quick look at migraine genetics

It is generally accepted that migraine is a multifactorial disorder with multiple genes playing a low penetrance role that is also influenced by environmental non-genetic factors. Thus, migraine is categorized in different subtypes, though it is mainly classified as a neurovascular condition activated from the trigeminovascular system where neurotransmitter pathways apparently play a relevant part, on their turn also controlled by other genes.

Genes that take part in migraine are often categorized as neurotransmitter genes, vascular genes and hormone genes. To get an idea of the complexity of migraine etiology we can give some examples of genes and proteins that take part in this medical condition, but it is far from being an exhaustive explanation for migraine origin, which is still unknown. There is some evidence that trigeminal nociceptive terminals are activated prompting the release of CGRP (calcitonin gene-related peptide), a pleiotropic neurological intermediary. CGRP is a 37 aminoacid peptide which seems to increase the sensitivity of perivascular nociceptors and dilate cranial vessels for some individuals who seem to be more susceptible, eventually known as migraineurs. RAMP1 gene (receptor activity modifying protein 1) codes for a key receptor subunit of CGRP, therefore also playing a relevant role. Still not all migraines are linked to CGRP and therefore not all patients may benefit from treatments targeting this peptide. Other genes may be the essential cause of a migraine, for example pituitary adenylate cyclase-activating polypeptide (PACAP), which is a neuronal messenger molecule thought to influence migraine, or female sex hormones involved in migraine susceptibility. There are many more genes and biochemical pathways suspected of influencing this medical condition.

At the moment, only some hemiplegic migraine subtypes have been accurately identified with causative genes. CACNA1A on chromosome 19p13 (FHM1), ATP1A2 at 1q23 (FHM2), and SCN1A at 2q24 (FHM3). It seems that FHM1, FHM2 and FHM3 mutations increase levels of glutamate and potassium in the synaptic cleft. PRRT2 (proline rich transmembrane protein 2) mutations have also been associated with hemiplegic migraine.

Are there any clinical trials being conducted to treat migraine with gene therapy?

There are currently a significant number of studies making use of gene therapy to treat hereditary conditions. Examples include several types of cancer, immunodeficiency, sickle cell disease, diabetes concurrent with hepatocellular carcinoma, hemophilia, Alzheimer Disease and others mainly in early stages of development, though some studies have reached phase III trials as it is the case of peripheral arterial disease or spinal muscular atrophy.

We are not aware of any studies being conducted to treat migraine with gene therapy at the moment.

CR Life Sc, as part of its affiliate marketing plan that helps to maintain this website, recommends the following book  related to essential molecular methods for developing gene transfer systems and methods for introducing genes into specific tissue types either in vivo or ex vivo. 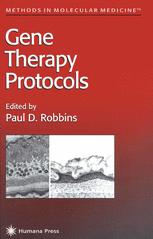 Are there any patents filed related to the treatment of migraine through gene therapy?

Some universities, research institutions and several pharmaceutical companies have filed patent applications related to diagnostic markers or genes involved in migraine such as those concerned with or affecting CGRP among others.

Regarding p53 gene activity concerns, as an example among many others we can mention MultiVir Inc., an American company, that filed international patent publication number WO2009094647 in January 2009 describing p53 biomarker profiles to be used in anti-hyperproliferative disease gene therapy.

In any case we have not found any patents specifically describing treatment of any migraine subtype through gene therapy yet.

Is it possible to cure migraine with gene therapy?

For the moment advances in migraine genetics may help identify how genes influence biological pathways to develop more targeted drugs for migraine therapy.

Meanwhile the future treatment of migraine seems better approached with personalized medicine or precision medicine improving the definition of disease subtypes and more precise biomarkers that allow better tailor-made treatments for specific patients. Data mining and analysis in genetics, biochemistry and lifestyle will help to develop this type of personalized medicine.

To know more about the antimigraine market please follow this link